Le Corbusier already said it with his famous definition quote of Architecture (1920) ” Architecture is the learned game, correct and magnificent, of forms assembled in the light.
And nothing could be more true.

” Our eyes are made to see forms in light; light and shade reveal these forms “, said the master Le Corbusier.

OOIIO Architecture is characterized for being a creative team that places special emphasis on the design of singular architectural “objects” that work under the game of light. The architecture of OOIIO always tries to generate those environments in which people can develop their activities. Light illuminates these activities and makes them possible. It constitutes, then, the suitability of those environments. And we do not just talk about outer space but also inside.

In this sense, the light can have by itself, (not only because of what it illuminates) a decorative or environmental architectural value independent of the functional values as it happens for instance in the case of the skylights in our house R+.

House R +, designed by OOIIO, and built in 2016, throws an elementary geometry of twinned cubes of surfaces with travertine stone and limestones.

The violent sun of the land of Don Quixote, light and shade, is in charge of defining and valuing this architecture. The clear light marks resounding shadows that strongly draw the volumes, and the facades, with the appearance of bright wood, they are vigorously cut out on the intense blue of the sky. Straight lines shadows contrast with those of their dividing neighbors.

At OOIIO, we believe that the simplicity of the volumes often enriches the whole, so it was decided to even hide the window frames. The adornments on the facades would impoverish the architecture; and likewise any type of eaves or roof would be a coronation of the facade much less noble than the simplicity of the clean edges that cut the horizontal plane on the infinite blue.

Light and its unseparated Shadow, called vulgarly opposed, are necessary to establish the limits of a space. The good application of this duality can be crucial to make a comfortable place or not, because they strengthen or weaken the volumes that create the architecture, and the gaps that make us enjoy it.

The game of light and shadow act as the sound and silence within a song, on the one hand there are the elements that transmit the message, and on the other, those that allow us to understand it. 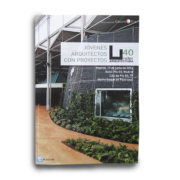 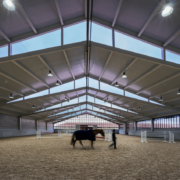 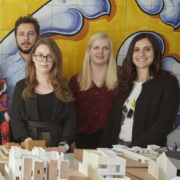 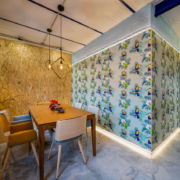 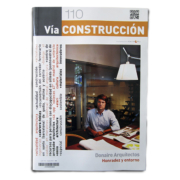 UNDER CONSTRUCTION. (Spain). Housing Project in Toledo.
Scroll to top